Is Aetna launching Obamacare plans in Arizona in 2022?

In 2016, the health insurance company Aetna announced that they would no longer offer Affordable Care Act (Obamacare) plans in 11 states, including Arizona. At that time, Aetna cited hundreds of millions of dollars in losses as the reason they needed to withdraw from the federal insurance exchange in 11 of the 15 states where they were offering policies. It was especially newsworthy at that time for Arizona’s Pinal county, where Aetna had been the only insurance company offering Obamacare plans. (Currently, three companies are offering 2021 Obamacare plans in Pinal county.)

On Tuesday, CVS-Aetna (the two companies merged in 2018) announced that market conditions have improved and they will re-enter the ACA exchanges in eight states.

Will Arizona be one of the eight states where Aetna offers 2022 Obamacare plans?

As of right now, they are not disclosing which state marketplaces they will enter. We believe that Arizona will be one of the eight states. We will update this post after Aetna confirms which states will be included.

Today, Aetna confirmed that yes, Arizona is one of the 8 states where they will re-enter the Obamacare marketplace. In a joint venture with Banner Health, policies will be offered to Arizona residents in the greater Phoenix and Tucson areas (Maricopa and Pima counties), as well as Pinal county.

As independent health insurance brokers, we will be licensed and appointed to offer these new Banner|Aetna policies as soon as they become available during Open Enrollment in November. You can contact us at 1-800-600-9663 with any questions, or fill out our online form to get health insurance quotes for plans available in your area of Arizona. 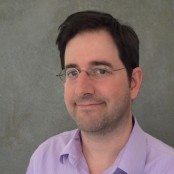